Parties Can’t Pick and Choose What’s Privileged or Not

Electronically Stored Information (ESI) is far more than communications sent between parties; a party’s investigators can also create ESI. In a lawsuit brought by PETA against at a zoo for the treatment of animals under the Endangered Species Act, the Defendants sought photos and videos surreptitiously recorded, and related investigatory reports. People for the Ethical Treatment of Animals v. Tri-State Zoological Park of W. Md., 2018 U.S. Dist. LEXIS 123470, (D. Md. July 23, 2018).

The Plaintiff produced responsive discovery they planned to use at trial, however, they withheld material they did not plan to use on the claim it was produced by the work-product doctrine. The Defendants challenged the withholding of the information, claiming the discovery was not work product, and if it was, the privilege had been waived.

Work product can be two different kinds of animals: opinion or fact. 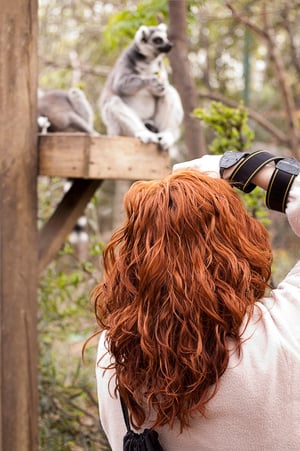 Opinion work product is the “… actual thoughts and impressions of the attorney,” is more “scrupulously protected,” and “enjoys a nearly absolute immunity and can be discovered only in very rare and extraordinary circumstances.” Tri-State Zoo, at *6–7 citing Grand Jury Subpoena v. United States, 870 F.3d 312, 316 (4th Cir. 2017).

Fact work product is “transaction of the factual events involved” and “may be obtained upon a mere ‘showing of both a substantial need and an inability to secure the substantial equivalent of the materials by alternate means without undue hardship.’” Tri-State Zoo, at *6–7 citing United States v. Under Seal (In re Grand Jury Proceedings), 102 F.3d 748 (4th Cir. 1996). “Opinion” work product has greater protection than “fact” work product by federal courts.

Courts have held that under Federal Rules of Evidence Rule 502(a) that parties cannot use work product to help their case and withhold the rest. Or to give it the Wigmore flare, once a privilege is used as a sword, it can no longer be used as a shield. Tri-State Zoo, at *7–8.

The Court held that the Plaintiff had to produce the fact work product not produced for the following reasons:


1. PETA intentionally disclosed the evidence obtained at Tri-State Zoo from witnesses upon whose testimony it intends to rely upon at trial;

2. The remaining undisclosed information concerns the same subject matter as the evidence PETA has produced – documents, notes, and correspondence evidencing the conditions at Tri-State Zoo and the manner in which Tri-State Zoo houses and cares for its animals;

3. The undisclosed information, “in fairness,” should be considered together, because it: (1) will provide a more complete picture of the evidence in this case; and (2) may contain exculpatory evidence applicable to Defendants’ defenses. Tri-State Zoo, at *10–11.

The Court order specifically excluded documents written by attorneys, because “opinion” work product has greater protection than “fact” work product. All reports by investigators were fair game for production.

Attorneys frequently retain investigators or experts whose work product is factual in nature. For example, construction defect experts could have a substantial number of photos from site inspections and reports from destructive testing that are, at their core, factual. Using the work product doctrine as both a sword to support a cause of action and the privilege to withhold unhelpful information truly subverts the entire point of being truthful to the Court.

Investigative information can be organized in CaseFleet's chronology software as Facts. The first step before reviewing any information is creating source tags for documents. In the above case, tags could be created for the claimed violations of the Endangered Species Act. As attorneys conduct review, photos showing alleged violations can be tagged accordingly.

Attorneys and experts can also use this investigative journalism software to generate reports by reviewing the evidence and creating facts outlining key events and findings. The information within such reports can be used for pleadings, motion practice, and deposition preparation. However, the reports themselves could be subject to discovery requests, and should be issue coded accordingly. Each report generated from CaseFleet in Word format will contain a header identifying it as protected work product. Reports then be uploaded back to CaseFleet, tagged as work product, and included in a privilege log of documents excluded from production.

Josh Gilliland is a California attorney who focuses his practice on eDiscovery. Josh is the co-creator of The Legal Geeks, which has made the ABA Journal Top Blawg 100 Blawg for 2013 to 2016, the ABA Web 100 for Best Legal Blog and Podcast categories, and was nominated for Best Podcast for the 2015 Geekie Awards. Josh has presented at legal conferences and comic book conventions across the United States. He also ties a mean bow tie.

Previous Post: How to Do SEO for Law Firms - A Traffic-Driven Strategy
Next Post: Organizing Evidence for Court, With a Look at Video Game Cases