I was privileged to have the chance to interview one of my heroes, Craig Ball, a few months ago in a wide-ranging and very interesting talk. It was a lengthy discussion, so we’ve broken the interview into several parts. We cover eDiscovery best practices, the state of the legal profession, how he utilizes legal technology, and more.

Craig is a Board Certified trial lawyer, eDiscovery expert, certified computer forensics examiner, law professor, and a prolific speaker and author. I first encountered Craig through his blog, Ball in Your Court, which provided me with a great arsenal of eDiscovery techniques to use in my employment cases, and I later spent a week learning from him at the Georgetown E-Discovery Academy. 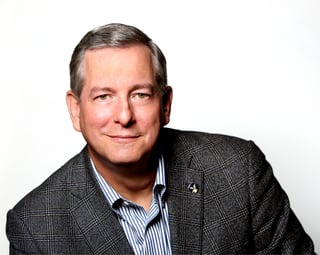 In Part 1 of the interview, transcribed below, we discuss how Craig used technology in his legal practice, how the internet changed fact investigations, and why eDiscovery is perceived by many as being overly expensive.

JK: When did you start doing eDiscovery?

CB: Oh, wow! I’m going to have to say in the early 1990’s—pretty much with the advent of the personal computer, although I’d been doing some work in that arena beforehand. Between 1981 and 1983 I began focusing on computers and then got into it in a really big way 1990.

JK: How did you incorporate technology in your law practice

CB: In the early-1980s, when I was a new lawyer, I picked up a Compaq computer in a pawn shop, and brought it to my secretary. Before that we were using a daisywheel impact printer that was so noisy it had to go in a special enclosure so it didn’t drive the people in the secretarial area crazy.

Personal computers empowered us to do much more and more quickly, and to level the playing field against the large insurance-defense law firms who were our opponents.

Once word-processing made it to the desktop, and it was possible to do the kind of editing we take for granted today—together with mail merges, forms, and more—the world of law changed. As document creation and information collection moved from centralized processing to end-users, we suddenly had a lot of idiosyncratic ways by which information was created and stored --Information was everywhere, and it displaced paper as the principal means of information archival and retrieval. That prompted the need for what became known as “eDiscovery.”

When my firm ultimately bought computers for the staff, I took my Compaq home and hooked it up to a modem. I began exploring the world of interconnectivity. The internet, as we know it today, hardly existed. The rich media World Wide Web certainly did not exist at all, and so I used bulletin boards to exchange information with other techno-enthusiast lawyers.

I spent a great deal of time collecting downloadable software and uploading my contributions to the boards. Then came the rise of the internet, and I started teaching lawyers, about how they could change their lives by both automating their daily work and using online resources to collect information.

Around this time, I coined the term “cybersleuthing,” and spent countless hours instructing lawyers to use computers and online resources to gather information they could use in litigation. Before I’d speak at a CLE program, I’d obtain the roster of attendees and I’d use a variety of free and commercial tools to compile dossiers on them. This was more of a Wild West time online, before many restrictions were in place and you could get an enormous amount of sensitive information about anyone—even bank balances. I would walk through the seminar room and do a mind-reading act like the Amazing Kreskin and say, “Oh, you are so-and-so. Aren’t you the person who is married to this person and banks at this bank and owns these things?”

Today, it’s so commonplace to know a lot about strangers because you can Google them. But going back 20 years, the ability to get information about people without having to spend days researching them in dusty books at courthouses and records offices was unprecedented, and it opened a lot of people’s eyes to the power of the online resources as a means to gather information about witnesses, experts, and opponents. While I certainly don’t claim to be the first to do that, I hope I played a role in waking a lot of lawyers up to the power of online research.

At the same time, I was building and tinkering with computers, and computer forensics was my hobby. Computer forensics actually didn’t have a name at that time. It was that new. I was using it to restore files, help people when they had crashes, and bring back data from the dead. I developed an interest in the ability to trace people’s behavior using computer forensic techniques. After having done it and taught it for a number of years, judges began asking me to assist them in cases involving electronic evidence or where a computer had been an instrumentality of someone’s misbehavior.

I learned about a program to certify people in computer forensics, which was then only available to government and law enforcement. The first time it became available to civilians, I joined it and got my first certification in the area; for me at least, the rest is history.

JK: Many lawyers complain about the costs of eDiscovery. Do you think these complaints are warranted?

JK: What’s primary cause of high costs in eDiscovery?

CB: It’s a mix of incompetence and opportunism. Incompetence plays the greatest role. If we look at where the costs are, we can pinpoint why eDiscovery is regarded as costing too much. People point to an explosion of data. Certainly, the lack of a universal and consistent taxonomy in how we deal with data is a factor. We hear businesses complaining bitterly about the cost of eDiscovery and wanting to use the rules process and the courts as a means to rein in litigants’ so-called exploitative use of eDiscovery. But, we need to take a step back in time.

When I became a lawyer 30-odd years ago, information lived in the file room. Businesses had one or more people whose full-time responsibility was to keep and organize records, insuring there was a place for everything and everything was in its place. The ability to store, access, and retrieve information came at a cost and required a serious investment in physical storage, training, personnel, manila folders, labels, copiers, shredders and more. All of this was required for the day-to-day ebb and flow of information management. It was expensive.

The modern concept of pushing out information-management to end-users allowed businesses to get rid of file rooms and the costs associated with the massive storage and creation of paper documents.

Email, for example, did away with postage, envelopes, certified mail green cards and a litany of things that were costly. As a young lawyer, I required staff to track the use of the postage meter case-by-case because it was something that added up enough that it was worth recovering. Same for copies.

Moving to the personal computer and pushing data management responsibilities to the end user carried with it a significant savings because businesses could get rid of a lot of infrastructure used for what we now call “information governance.”

eDiscovery brought those chickens are coming home to roost. Businesses discovered that by allowing employees to store information willy-nilly in idiosyncratic and inconsistent ways became expensive when had to deal with information for a lawsuit. They no longer had a system of centralized filing. Email was chaos. No one so much as required employees to characterize email as personal or business-related when they sent it from their work accounts. So, we have this massive commingling of data of all stripes.

Imagine if, 30 years ago we handled postal mail by simply dumping everything that came in or went out in a couple of big dumpsters. When you wanted something, you had to go through everything--fliers, catalogs, advertisements, key business letters, contracts and personal correspondence. That analogous to our ‘modern’ approach to e-mail.

My inbox has 4,774 unread emails and 30,000 total emails in it. So, I exemplify the problem that I talk about. I’ve come to rely upon search and memory to be able to manage many thousands of discreet communications that are the ebb and flow of my practice and life. I’m a solo practitioner. Multiply my situation by orders of magnitude and you have corporate e-discovery.

So, when people complain about the cost of the discovery, they rarely reflect on the benefits and the savings that they have achieved and the tradeoffs that have emerged from our abdication of the obligation to manage information. Businesses want to say that a complete lack of information management is just the business world today--take it or leave it. That’s a big reason eDiscovery is costly.

The next driver of costs is incompetence. Jeff, you know as well as anyone that the gap between lawyers who know something about eDiscovery and all the other lawyers is widening daily, and it’s sad. It’s malpractice. I hate to say that. But it’s hard to find another word. The majority of those charged with the management of electronic evidence are completely clueless as to its sources, forms and types, wholly uninitiated in how to preserve, identify, marshal, collect, process, search, review and produce electronic information—at a time when electronically stored information accounts for almost 100% of the information created.

This Crisis of Competence should be a source of enormous shame for lawyers, but we are shameless. Instead, I see arrogance, umbrage and attitude: the conviction that the world must adapt to lawyers, and the technologies the world uses must be dumbed down at huge expense so lawyers can continue doing things just the way lawyers did them a century ago. That we bamboozle clients into over-preserving, and over-collecting; that vendors persuade lawyers to hire them to ingest gargantuan volumes of undifferentiated data—most not at all relevant because the tools and techniques used to segregate it are asinine—is an embarrassment.

Our law schools, to the extent they provide eDiscovery training at all, tend to focus on cases (where lawyers tend to be proficient) rather than teach technology (where lawyers are ignorant or indifferent). Lawyers can read the law. What we can’t do is handle e-discovery because we don’t know anything about the “e,” and it’s that “e-stuff” that accounts for 97 plus percent of the information. It’s ignorance of the “e” that is killing us.

The tragedy is that it’s not that hard to learn the e-stuff; but, you can’t learn it in a one-hour CLE where some lawyer is just haranguing the attendees that “it really would be a good idea if you learned something about eDiscovery—and, oh by the way, look at all the gee whiz stuff that’s coming from the internet of things! Don’t you wish you could use that?”

That’s harsh, but it’s accurate. Law schools are failing us. Bar Associations are failing us magnificently because even lawyers who do realize that must learn about e-discovery have few Bar resources to help them master the technology. We can point lots of fingers; there’s plenty of blame to go around. But ultimately, it is lawyers who have abdicated their responsibility--particularly in smaller cases--to know how to deal with electronic information—how to preserve it, collect it, process it, vet it, search it, review it, and produce it in utile forms.

But, until more than just the geeks think this is important, we are going to continue to close the courthouse doors to meritorious cases. We are going to subject our clients to settlements they shouldn’t have to pay but for the inability to economically and effectively marshal electronic evidence. This is the legacy of 20th century lawyers brought into the 21st century, but we have gotten by with our lack of skill for so long it seems normal. It’s not clear how we can get across the competence chasm without a Manhattan Project to re-educate lawyers.