4 Rules of Thumb for Requesting and Producing Text Messages

Text messages can be powerful evidence. We know from personal experience that they are ubiquitous, both in our personal lives and our work lives. A text is less formal than an email - shorter, quicker, and more likely to draw a quick response. Texts are also more intimate because we generally only send one to someone whose phone number we have. Because of these factors, texts tend to be less guarded than emails. As a lawyer who's examined many text messages while litigating civil cases, I've often surprised by the things people put into their text messages. For better or worse, there's a level of candor in texts that you rarely find in emails!

If you are working on a case where the thoughts, moods, and actions of individuals have any bearing on the outcome - i.e., almost every case - you need to be thinking about text messages - both your own client's and the opposing party's messages. Even if you are litigating against a Fortune 500 company, text messages should be on the table. It should not come as a surprise that employees of these companies - from the top brass to the bottom of the totem pole - send and receive work-related text messages.

But you can't have a strategy for obtaining and producing text messages without knowing a bit more about them ... 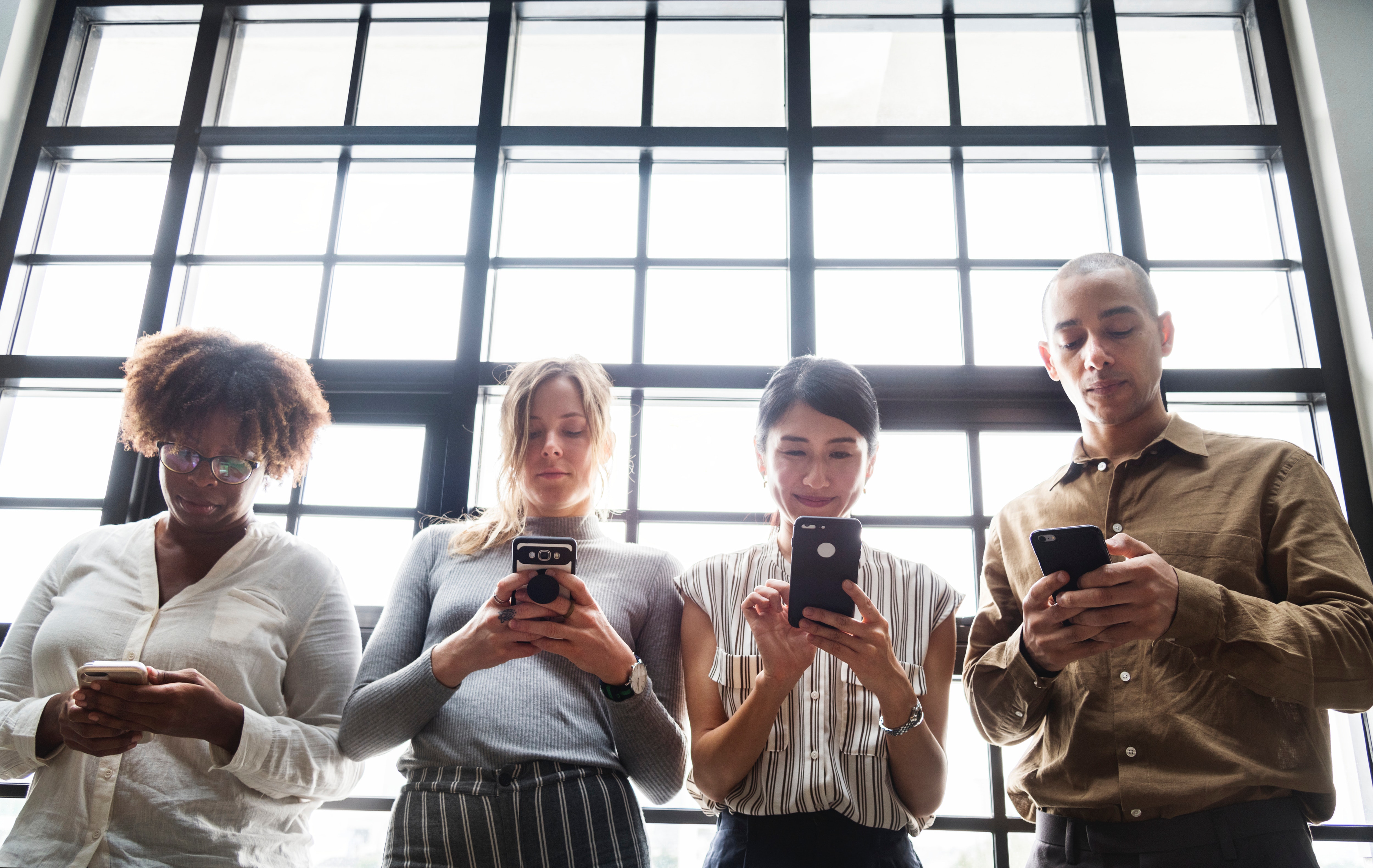 What Text Messages Are and How They Work

By now, SMS messages occupy a small space in the larger world of messaging. SMS messages sent over cellular voice networks have been partially displaced by Internet-based messaging applications, such as iMessage, Facebook Messenger, WhatsApp, Viber, Slack, and SnapChat. Messages sent with these applications are more flexible and media-rich than SMS messages. They ofter include video, images, shared files, links to websites, audio, and interactive graphics. With SnapChat, you can even superimpose costumes and decorations onto your face as you videochat: Non-SMS messages come in all shapes and sizes, and their format is constantly evolving. There is no standard formatting, and the internal structure of the messages themselves varies between platforms.

As the last section shows, it's almost misleading to refer to modern messages as "text" messages: they are multimedia messages that sometimes include text. But even if we set aside the new features of messaging apps, dealing with messages in discovery presents several hard problems:

These questions don't have standard or simple answers. The terrain is rocky and constantly shifting, and, at least in civil litigation, your best resource is our ability to cooperate and use common sense.

Some Rules of Thumb

I don't have The Answer to any of the above questions. All I have are a few rules of thumb that you may find helpful. If you have other rules, or if you have a question about any of these, leave a message in the comments.

One of the hardest things in discovery is figuring out how to ask for the things you're seeking. It's one thing to know that you want all the messages related to X, Y, and Z, and another to write the request in a way that will be crystal clear and legally enforceable if you have to file a motion to compel. To take some of the pain out of the process of writing requests, here is some sample language:

Electronic Messages: the term "electronic message" means any electronic text or media content exchanged between two or more users of a software application. Electronic messages include both SMS messages sent over cellular networks and messages sent over the Internet using applications such as WhatsApp, iMessage, Facebook Messenger, Twitter (via direct message), Slack, Google Chat, and many others. Emails shall be considered a different category for purposes of these requests.

Form of Production for Electronic Messages: electronic messages (defined above) shall be produced in a searchable format that preserves the presentational features of the original messages, such as emojis, images, video files, animations, and the like. Electronic messages must not be converted to rasterized or non-unitized file formats such as PDF or TIFF. In general, messages should be produced in the same format as that in which they were exported for purposes of collection, search, or review. As a general rule, messages can be produced in CSV (Comma Separated Values) or JSON (JavaScript Object Notation) format.

Any electronic messages sent from or received by <list of individuals> after <date> concerning any of the following topics: <list of topics>.

Any electronic messages sent or received after <date> in your custody or control - or to which you have a right of access - concerning any of the following topics: <list of topics>.

The requests above embody a variety of different tactics that can be more or less effective depending on the nature of your case and jurisdiction. You'll almost never use all of the different varieties in a single case. Instead, pick those that makes the most sense to you, or write your own.

Do you have other strategies that you've found effective? Leave a comment below!

Previous Post: Visual Timelines: How we Made It
Next Post: A Statistical Analysis of Dateline - TV Show Legal trends 2015 - 2019